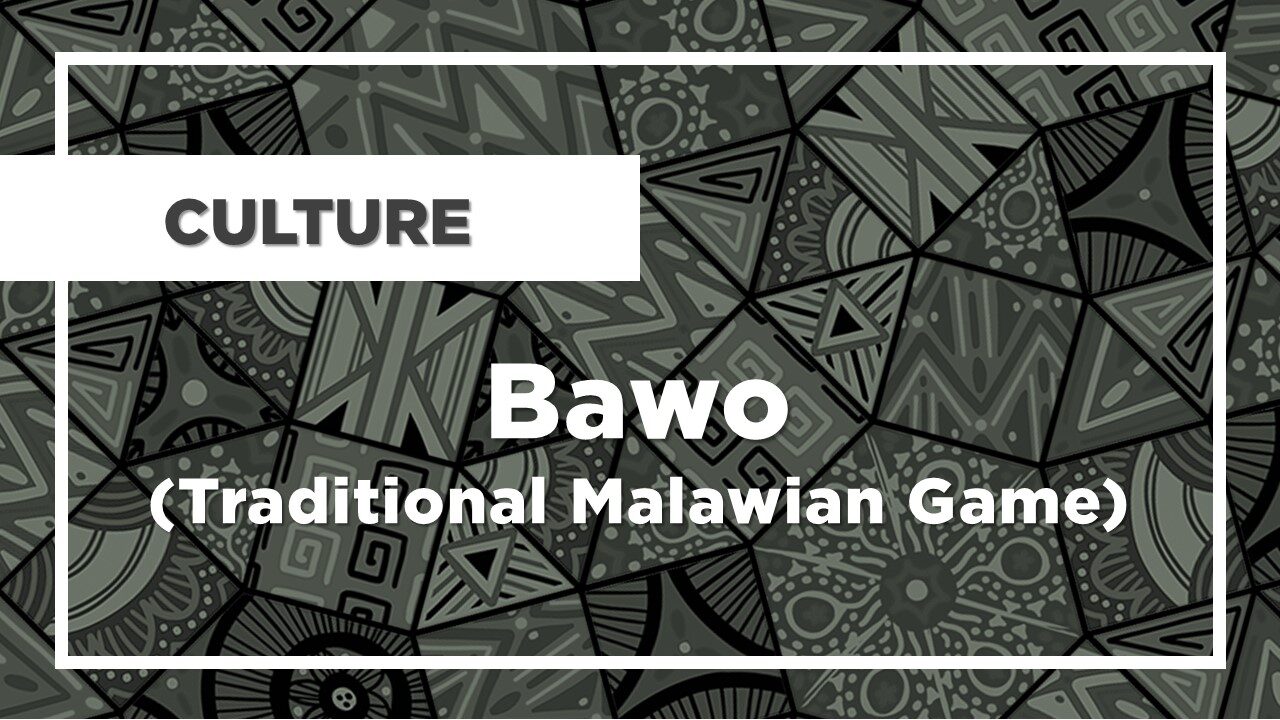 Bawo is a traditional board game that has long been enjoyed in Malawi and is similar to ‘Mancala’ which is played in East Africa such as Tanzania and Kenya.

The origin of Bawo in Malawi is unclear, but the oldest Bawo board is on display at the British Museum in London and is believed to date from before 1896.

Bawo is the most popular game in Malawi and is played throughout Malawi during the daytime mainly by men.

There are always some people around waiting for their turn, and they take turns with the person who loses the game.

The rules of Bawo are mainly passed down orally and there are some regional differences, but there are two main ways of playing Bawo: the ‘authentic’ version and the ‘simplified’ version for beginners.

The Bawo board has 4 rows of 8 holes and 64 marbles are used.

Each player owns the 2 rows in the front half of the board and loses when there are no more marbles left from the front row of their position, or when they cannot move any more marbles.

Therefore, play with the aim of emptying your opponent’s front row while protecting your own front row.

If you want to make friends in Malawi, learn the rules of Bawo and you can wait your turn in the queue of people playing the game in town.

They will all welcome you with open arms.