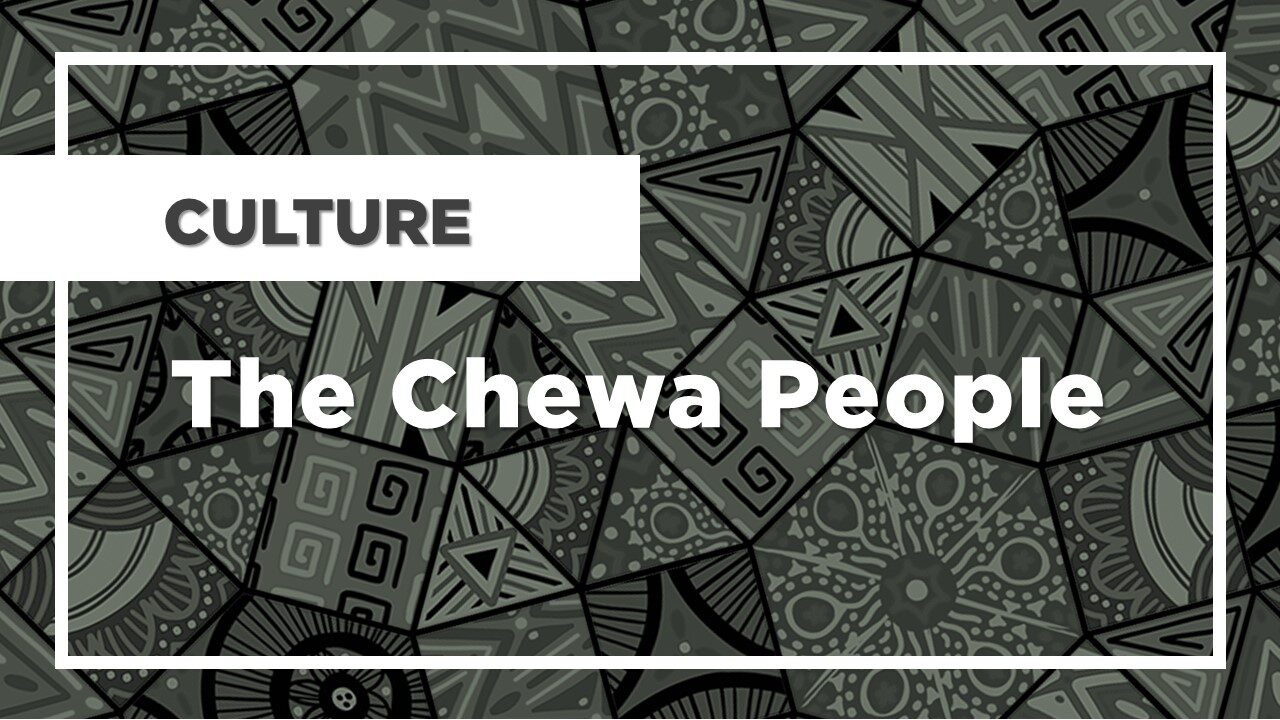 The Chewa, one of the Bantu ethnic groups, are the largest ethnic group in Malawi, settling in central Malawi and spreading to parts of Zambia and Mozambique.

The Chewa originally migrated from Nigeria and Cameroon and settled around what is now the Democratic Republic of Congo, then left the Congo to escape war and disease, and came to Malawi around the 15th centuries.

Their language, Chichewa, is the national language of Malawi and is used for communication mainly in the media and education system.

The Chewa believe that all living things were created by God.

The “Gule Wamkulu” (a large dance with masks) is said to be a “cult” or “secret society” that performs traditional Chewa religious ceremonies.

The masked men of the Gule Wamkulu are considered to be ‘Zirombo’ (animals or spirits) and are greatly feared.

When people hear Gule Wamkulu coming, it is traditional behaviour to hide or kneel down and put money on the ground, but do not give them money directly.

This is because they will catch you and take you to the graveyard for the ceremony.

Gule Wamkulu will appear at presidential meetings, when the village chief calls for a festival, or when one of the members has died.

The masks worn by Gule Wamkulu have thousands of different representations, accentuated in their own unique way.

Each of these masks has its own origins and is part of the Chewa culture today.

The king of the Chewa people of Malawi, Mozambique and Zambia is Kalonga Gawa Undi.

Every year in August, the Chewa of Malawi, Zambia and Mozambique hold a Kulamba ceremony at their headquarters in the Katete district of Zambia.

When a marriage is arranged, the man reports to his uncle, called ‘Mwini Mbumba’, or ‘Nkhoswe’ (the head of the family).

The uncle meets the bride-to-be and discusses the marriage.

The marriage is then consummated.