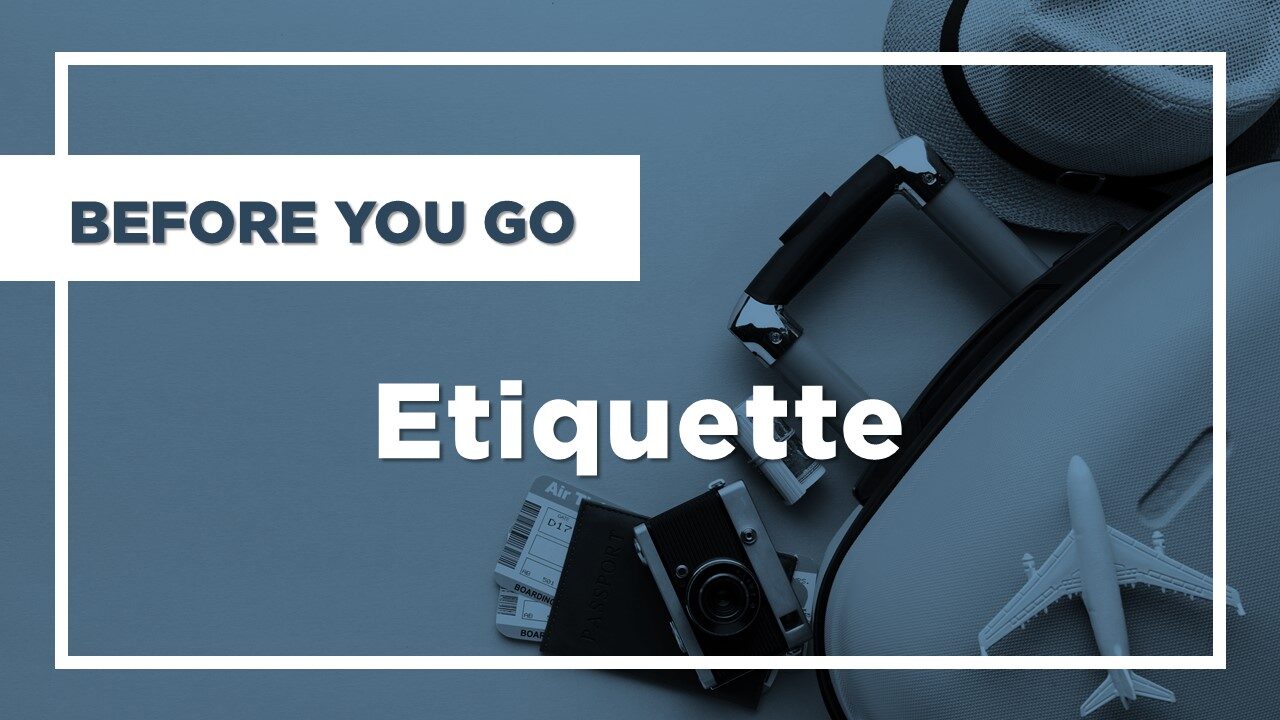 Customs and Manners in Malawi

As a foreigner in Malawi you should be familiar with at least the most basic rules.

Greetings can be quite formal in the Malawian culture and can vary in form between men and women.

A handshake with the right hand is appropriate in most situations.

Handshakes tend to be firm and very often linger a bit.

Often people will hold their wrist with their left hand while shaking to show respect.

When greeting a chief, it may be appropriate to get down on the ground and kneel depending on the chief’s position.

A handshake and/or bow is appropriate in most situations.

If you would like to show great respect you may also place your left hand over your right elbow when handshaking and bowing.

Handshakes tend to be energetic and very often linger a bit.

Good friends and family may engage in light hugs as well.

Greetings between Men and Women

Appropriate greetings depend on the nature of the relationship.

If the man is Muslim a woman may bow and greet but handshakes are not appropriate.

For everyone else, a handshake and/or bow is appropriate but it is best to wait for the woman to extend her hand, otherwise a bow or a nod of acknowledgment will suffice.

In certain areas, women will kneel when greeting a man.

If they are older and the man is younger then they might just shake his hand.

They are uncomfortable with the Western notion of simply “getting to the point”.

Courtesy is a must at all times.

Malawi is a devoutly Christian country; prayers before meals are common in local homes.

Eating in people’s homes, you will often be given a bowl and a jug to wash your hands.

As most people eat with their hands, it is important that you ensure your hands are clean before eating.

For Men – A suit or nice pants and collared shirt and tie is appropriate in most situations.

Business casual attire may be appropriate in many situations.

For Women – A business suit or a dress with a nice shirt/blouse is appropriate in most situations.

Business casual attire may be appropriate in many situations.

Women should wear a chitenje or a skirt and cover their legs down to their knees in a village.

A clean, well- ironed attire and polished shoes are important.

If someone is underdressed or appears messy in form, it could change the way they are treated by the locals.

Personal space differs from place to place based on tribal and religious influences, but people tend to speak to one another at very close distances.

It is common for men to touch each other when speaking; sometimes on the arms hands and legs no matter what the relationship; business, family, stranger, etc.

It is appropriate for two men to walk hand in hand in public.

This does not have any implication on their sexual preferences; it’s just a sign of friendship and closeness.

This is the same for women.

People may often hiss (as in saying psst) to get someone’s attention.

They often use both hands to give and receive objects.

The legal drinking age is 18 and is not heavily enforced.

Penalties for possession, use, or trafficking of illegal drugs in the country are severe and convicted offenders can expect long jail sentences and heavy fines.

Homosexuality is illegal and punishable by law.

Drinking and driving is also punishable by law.

It is common for people to be late.

For example: if someone tells you to be somewhere at 8am, they most likely mean around 10 am.

If they tell you noon it’s more likely to be 2pm.

Often times it’s not considered rude to not show up at all.

While people tend to be more punctual in business settings vs. social ones, deadlines are often not met.

If you want to camp in a village, always ask the permission of the chief.

Pay for lifts if you choose to hitch.

Bureaucracy is rife, so be prepared to fill in the odd form and pay small administrative charges (which in most cases is not considered as bribes).

It is advisable to ask for permission before photographing public buildings or persons in uniform.