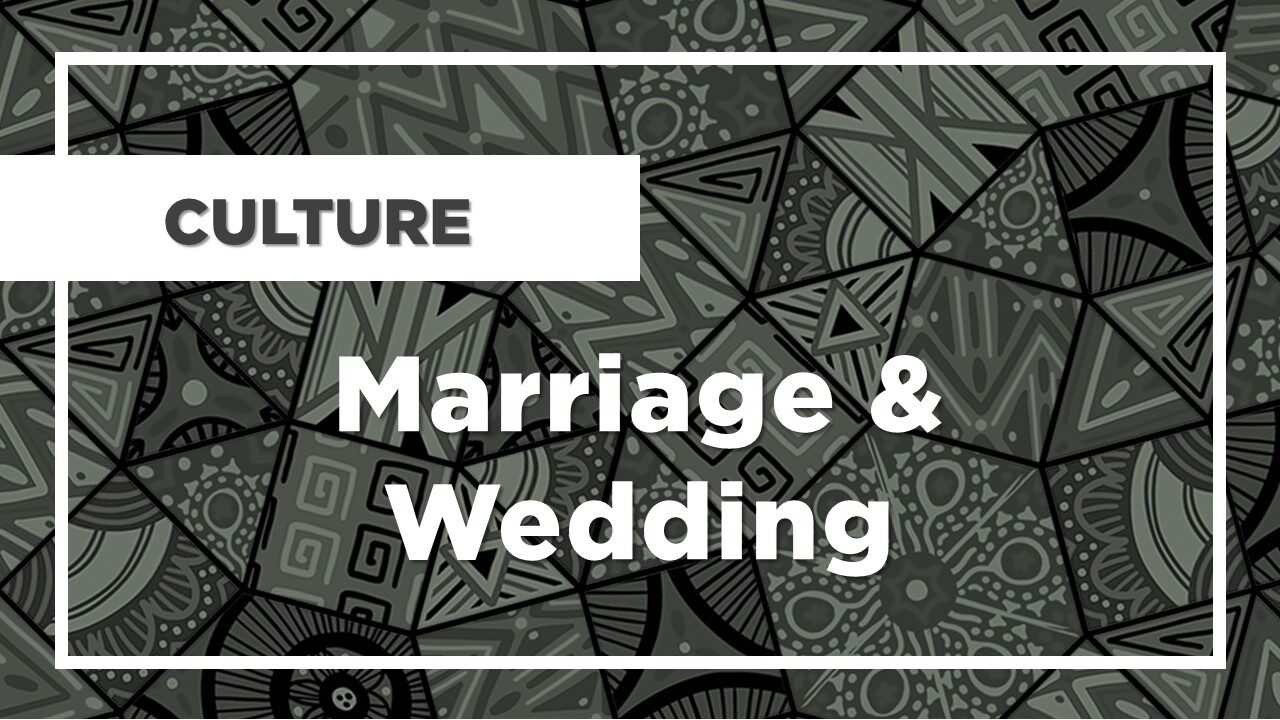 Marriage in Malawi is a perfect mix of tradition, modernity, culture and religion. Each tribe has its own marriage traditions, which are followed when a man and woman get married. There are three stages of marriage in Malawi: the proposal, the engagement ceremony and the wedding ceremony.

In many tribes, the process involves the groom’s family, led by his uncle, meeting the bride’s parents and family to propose marriage. Urban couples begin with a proposal and agreement between the two, which is also common in the West, but the wedding cannot take place unless the families meet and agree.

A dowry (Lobola) is negotiated at the proposal stage. The lobola is usually paid in the form of cattle, or other livestock such as goats, chickens or various forms of gifts such as grain, land or cash. The minimum number of cattle that is acceptable is likely to be three, but the number of livestock and the amount charged will depend on the education level and family background of the person getting married. This payment must be made before the wedding takes place.

In some areas, a traditional engagement ceremony (Chinkhoswe) is also held as part of the traditional wedding ceremony. A rooster which symbolizes the groom is presented by the groom’s family to the bride’s family, and a hen symbolizing the bride is presented by the bride’s family to the groom’s family, although sometimes a simple cloth of chitenje (African print cloth) is exchanged. This ceremony takes place several months or even a year or two before the actual wedding. It is generally held as an indoor event and is a colourful affair. The bride and groom’s relatives attend this ceremony, after people from both families have been introduced to each other. During the chinkhoswe, the bride also undergoes traditional marriage counselling where she is taught how to behave in order to create a happy family.

After all traditions have been fulfilled, the wedding ceremony finally takes place. On the eve of the wedding, the women cook, the men drink and the children play while music is played all night long to celebrate. On the day of the wedding, the ceremony is officiated at church in the morning. The priest/pastor officiates the ceremony and vows are exchanged between the bride and groom. A marriage certificate which is usually obtained before the church ceremony is then signed after the exchange of vows. This is followed by a reception in the afternoon or evening. The reception is usually attended by many people dressed in their best outfits and the purpose is to celebrate the couple with loud music, dancing and eating. As the guests begin to present money and gifts to the couple, they dance and place the money in a basket specially prepared for them. Malawian wedding receptions are often held in outdoor gardens, lodges or hotels, and can be open to the public or private depending on the wishes of the bride and groom.

Until 2016, the legal age of marriage with parental consent in Malawi was 15 which has since been raised to 18. The law states that polygamy is illegal.

Brides and grooms in Malawi invest a lot of money to buy the best wedding dresses and dinner suits. In many cases, men buy two suits and wear one to church and the other to the reception. Brides typically wear expensive long white veils. Some people prefer to rent wedding dresses at a lower cost than to buy them. The most commonly worn traditional Malawian wedding attire is the brightly coloured African cloth known as ‘chitenje’. Brides, grooms and their guests customise their outfits using chitenje.

Venue decoration is most often outsourced to specialist decorators and event planners. Wedding decorations are displayed in both the church and the reception hall. Decoration fees are often packaged and include fabric stage draping, head tables, chair covers, chair sashes, aisle and table top decorations, floral arrangements such as roses and marigolds, wall and ceiling draping, electrical decoration and vehicle decoration.