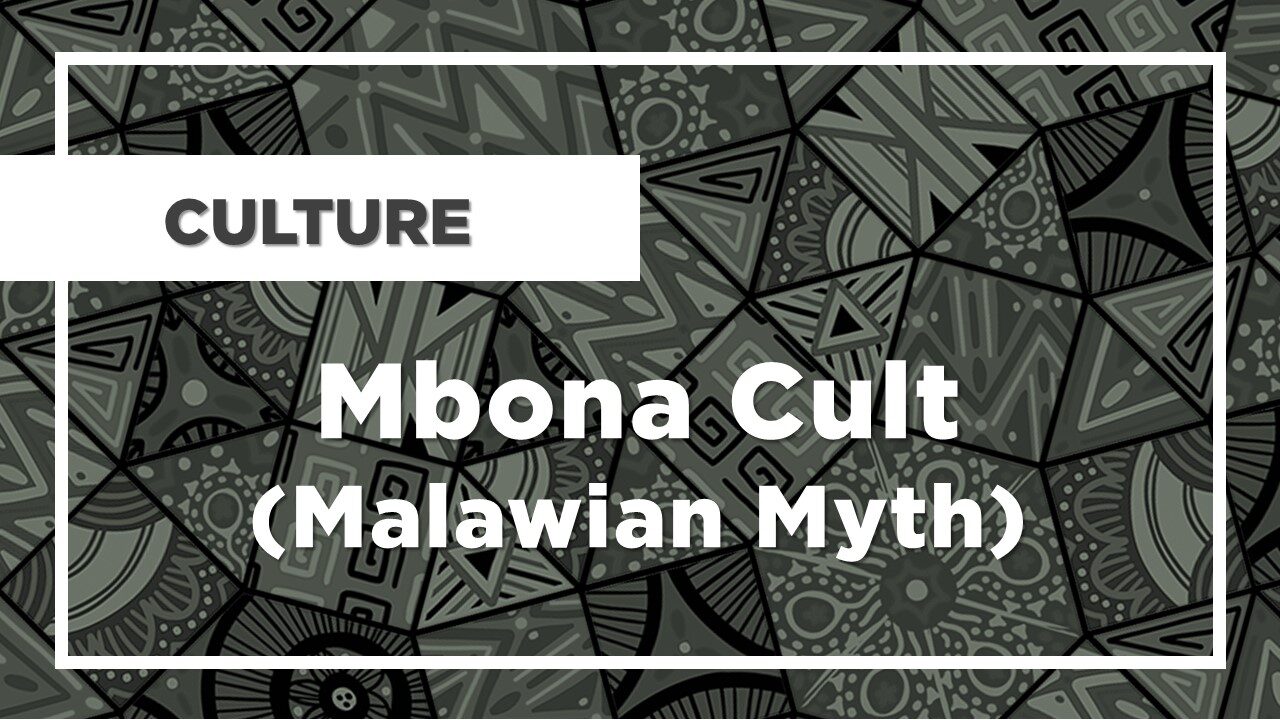 The Mbona Cult is a religious faith found in the southern part of Malawi near the district of Nsanje.

Mbona is a territorial cult, whose members are a group of people living together in a particular place, and is the result of residence rather than blood or ethnic designation.

The cult is supervised by the local chief or headman under the direction of the high priest and supreme administrator.

The cult is found mainly among the local Mang’anja people and is believed to have existed for a long time, although the earliest record of its existence is from 1862, so it is uncertain how long it has existed.

There are various myths that claim Mbona was from the Mang’anja tribe and was a legendary majestic figure with superhuman strength, or that Mbona was not human but could transform into a large snake and hide from his enemies.

However, what is common in all these myths is that he was known as the god of rain and had magical powers to make it rain and create forests where there were none.

Various stories have been told about his death, including one that claims he was murdered because of his popularity which caused some conflict with the secular and religious authorities of the time.

Other narratives allege that he wished to die and committed suicide by cutting his own throat with a leaf (the only thing that could kill him) and that he was asked to help the people and offered himself as a sacrifice.

However, after his death, mysterious events occurred and rain began to fall.

Soon after this, people began to worship him and sought help from him when they faced personal problems, calamities or droughts.

The mbona cult aims to ensure abundant rainfall during the right season by making offerings to the cult’s shrine, and rain-making rituals which are held during droughts.

It is also invoked in times of serious threats to the productivity and fertility of the land and people, such as locust plagues, floods and epidemics.

After his death, Mbona’s head was placed in a sacred ditch at Khulubvi in Nsanje, where a shrine still stands today.

When you visit Malawi, experience this unique part of our culture and traditional beliefs.