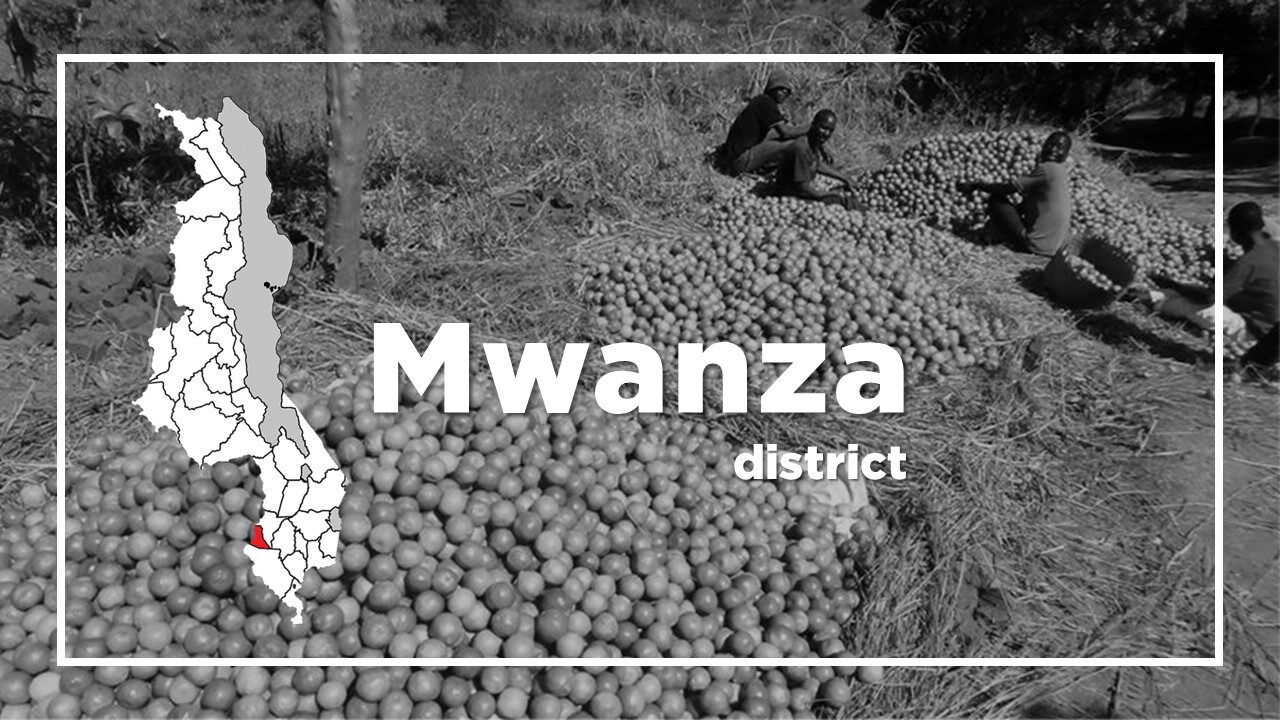 Mwanza is a district in the Southern Region of Malawi which borders Mozambique and acts as a transshipment point for goods going down the Zambezi River via Tete, Mozambique.

Mwanza was split into two districts, Neno and Mwanza under the decentralisation programme in 2003, and is the second smallest district after Likoma in terms of population.

The agricultural economy for many years has depended upon citrus fruits such as tangerine, lemon and grapefruit as Mwanza is one of the few areas of the country where the climate is favourable for the growth of such crops.

However, for over a decade production has been failing and the citrus industry has been in decline.

Accommodation is available at the Mwanza Hotel which is located between the town and Mwanza Border.

It offers a variety of foods which include Indian cuisine, pizzas, Chinese food, vegetarian dishes and traditional Malawian food.