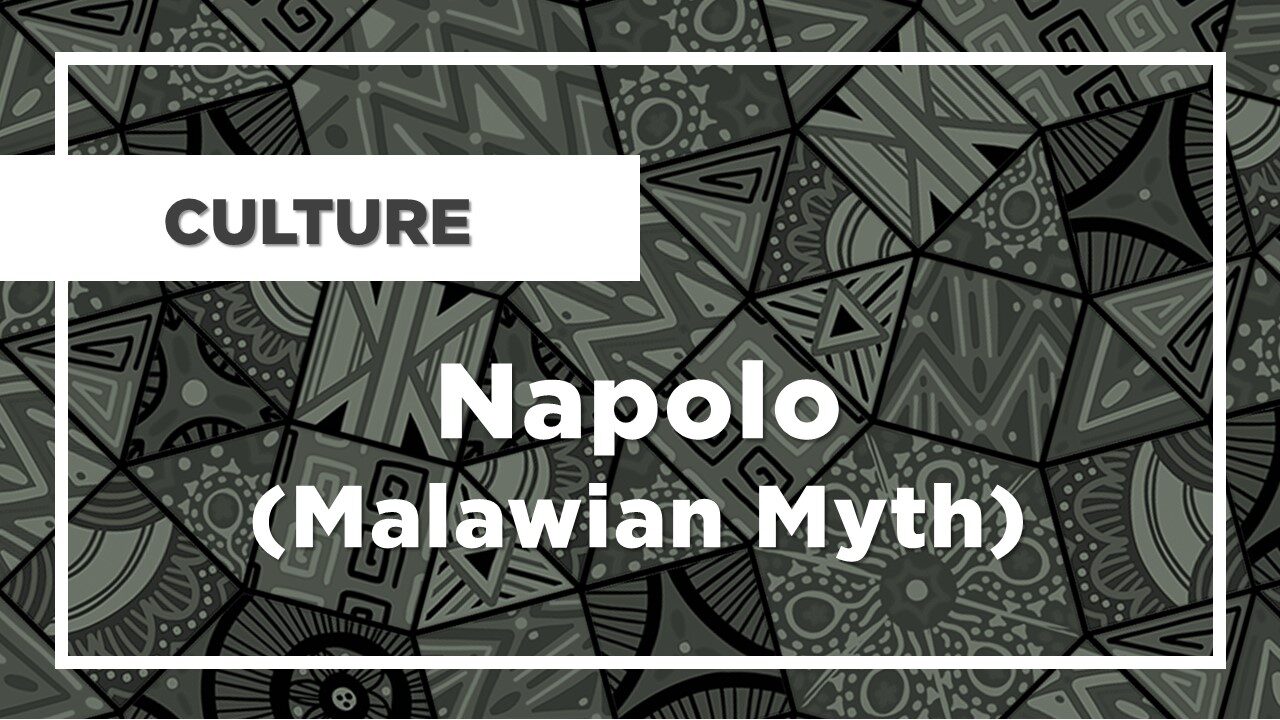 Legend has it that a giant snake with many heads, named Napolo, was believed to live in a deep sacred pool in the mountains.

When Napolo migrated, the area would be filled with the sound of drums, invariably causing super-flash floods and landslides.

In art, Napolo is usually depicted as a spirit, ferocious wild animal or as a snake, and although it is a mythical creature, it is said that should a person witness Napolo, they will surely die.

In the 20th century, Napolo became the talk of the town, believed to have caused significant damage to several areas in southern Malawi.

For example, between 1945 and 1946, a cyclone hit the town of Zomba and the rains consistently fell for a long period of time. After torrential rains on the plateau, flash floods that came down from Zomba Plateau caused widespread destruction of houses, bridges and property, resulting in the loss of many lives.

At this time, Napolo was said to have moved from the depths of Zomba Plateau to the marshy Lake Chilwa. Napolo is also said to have migrated again in 1991 to Phalombe, in the vicinity of Mount Mulanje.

Following torrential rains, flash floods and landslides occurred and muddy waters washed away all bridges on the Phalombe-Mulanje road, devastating the Phalombe area and killing hundreds of people.

In the past, the causes of phenomena such as floods and landslides could not be easily explained due to lack of scientific knowledge, and many people turned to spirits such as Napolo for explanations.

The myth of Napolo is still passed down from generation to generation and various artists have used Napolo as a metaphor in popular songs, short stories and poems.