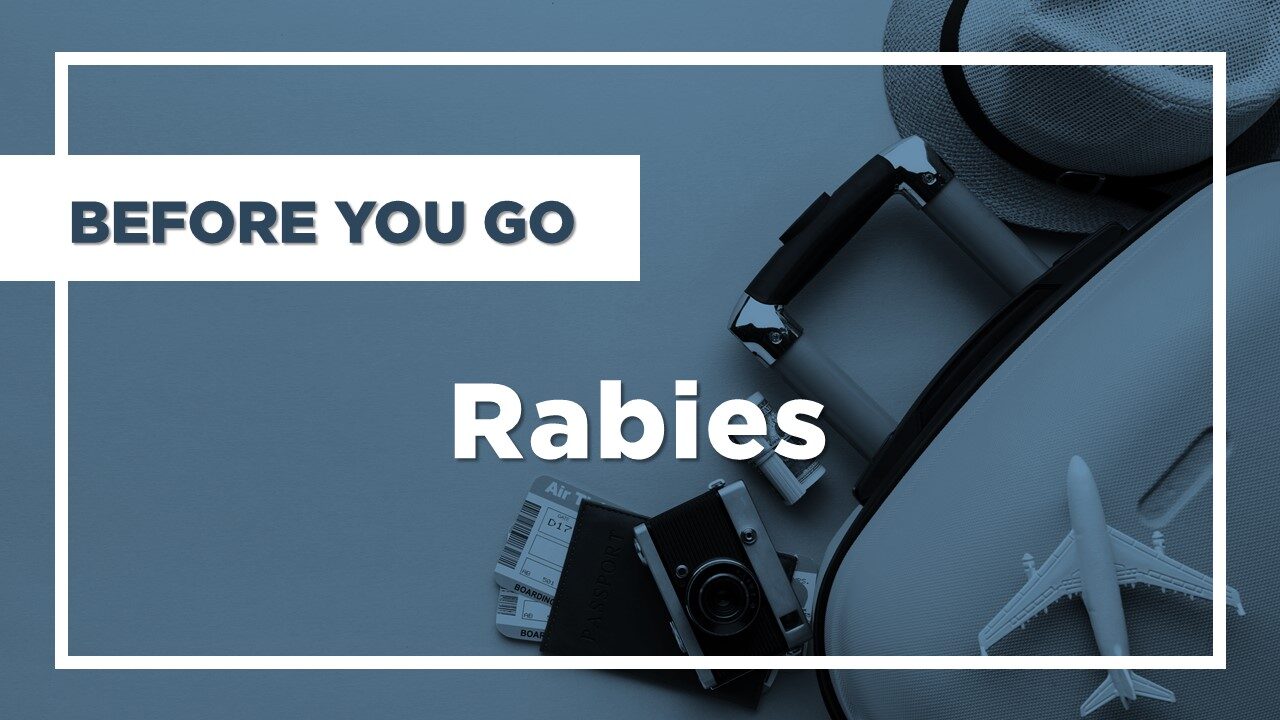 Rabies is a deadly virus which spreads to people from the saliva of infected animals.

The rabies virus is usually transmitted through a bite or deep scratch.

This deadly disease can be carried by any mammal.

Beware of village dogs and habituated monkeys, but assume that any mammal that bites or scratches you (or even licks your skin) might be rabid.

Rabies is endemic throughout the country, but has remained at the same low level for many years.

An average of 186 cases are confirmed in animals each year.

Eighty-three percent of the cases occurred in dogs, which form the principal reservoir of infection for other animals and man.

Jackals and hyenas accounted for 5% of the cases.

For treatment, scrub the wound with soap under a running tap, or while pouring water from a jug, then pour on a strong iodine or alcohol solution, which will guard against infections and might reduce the risk of the rabies virus entering the body.

Whether or not you underwent pre-exposure vaccination, it is vital to obtain post-exposure prophylaxis as soon as possible after the incident.

However, if you have had the vaccine before exposure, treatment is very much easier.

It removes the need for a human blood product (Rabies Immunoglobulin (RIG)) which is not pleasant to have, expensive and often hard to find.

Death from rabies is probably one of the worst ways to go, and once you show symptoms it is too late to do anything – the mortality rate is 100%.

Signs of rabies can appear anywhere from 1 week to more than a year following the bite of an infected dog.

On, average, symptoms appear within 1-3 months.