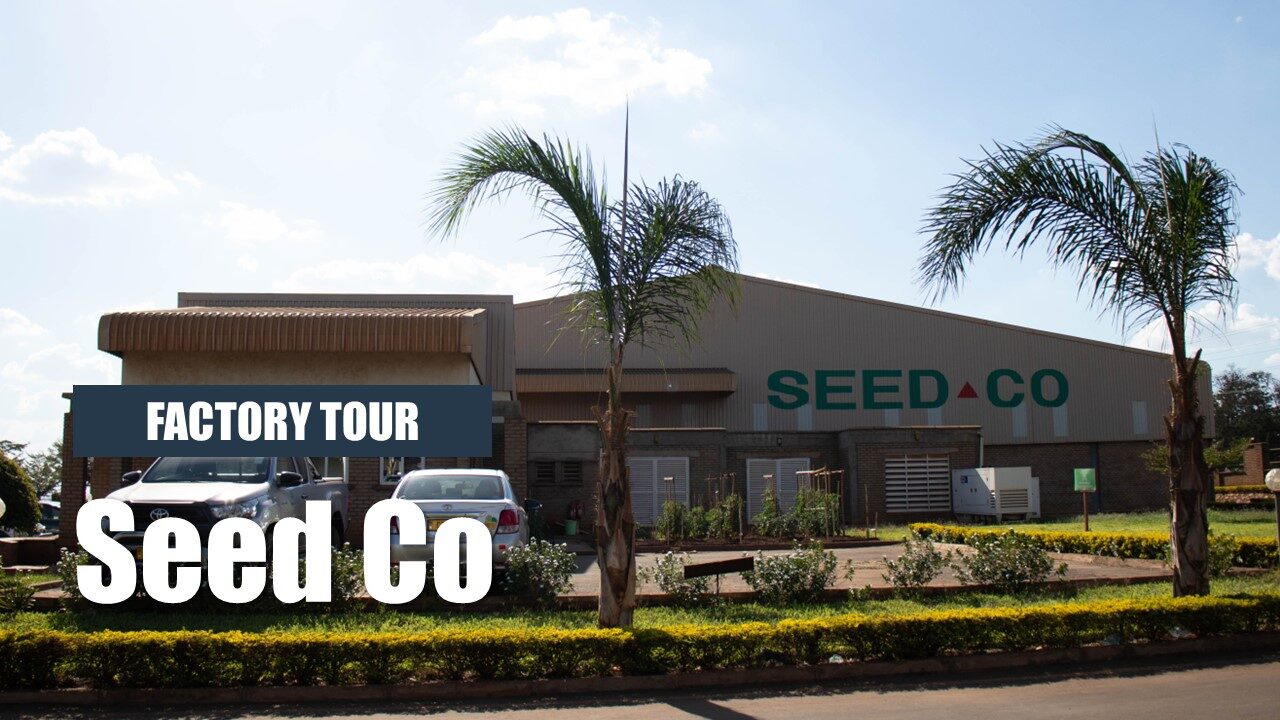 Seed Co is the leading certified seed company authorized to market seed varieties developed by itself, government and other associated seed breeders in over fifteen African countries.

They have maintained a strong market share among communal and commercial farmers from years of intensive investment in Research & Development.

The company is involved in the breeding, multiplication and distribution of mainly hybrid seed varieties for a variety of crops.

Most of the hybrid and non-hybrid cereals and oil crop seed varieties are proprietary, having been developed and bred at the research and breeding programmes. “IT STARTS WITH THE RIGHT SEED“ When the seed arrives, the first step is to test it for defects. They check if the seed has weevils and if it has the right amount of moisture content.

In order for the seed to be approved it must have 2.5% of defective level and the water moisture must be 13%.

If the moisture content exceeds this percentage they return the seed so that the farmers can dry it more.

In terms of germination, the seed should not exceed 95% germination level.

For legumes it should bot be less than 80%.

If a seed has been returned because it is defective, they trace whether it was a fault on their end or the fault of the farmer.

The entire process of analysis in the lab takes 10 minutes. This is where parent material for the seed is received.

They have hybrid soya and hybrid maize. The parent materials are male and female. So in the field, these plants undergo a hybrid process.

The growers then do multiplication of seed with support from the technical team then goes to inspect the seed.

When time for pollination comes, they eliminate the female seed to avoid self-pollination.

This is the process of removing immature pollen-producing bodies, the tassel from the tops of maize plants and placing them on the ground.

It is a form of pollination control employed to hybridize two varieties of maize.

After this, the seed can be harvested and it is brought here and Seed Co eventually supplies it to farmers. After receiving the seed, it is fed into a machine which is known as the cleaner. From there, its processed by a winnower machine which separates chaff from grain.

This machine is able to select even the smallest stones from the seed so that only the finest product is selected for packaging.

This machine is how they manage to maintain the most quality products. This is used for conveying, cleaning and drying grain and to prevent wet kernels from ‘caking’. From the conveyor, the seed is then passed into the treater where there is a mixing of chemicals which are applied directly to the seed to help control the number of pests that attack seeds. The seed is taken into a hopper which goes to elevator number 6 which then throws the seed into either the first silo or the second silo depending on the pack size.

The hopper makes sure that the size seed you are using for the calibration is the correct size for the selected plates. After the rigorous process of selecting the best seeds, it is now time for packaging.

There are different machines that are used for packaging.

Here, there is a 1kg-2kg packer while the other packer is for 5kgs. After packaging, the produce is fed into the sealer whereby the heating capsules seal the plastics.

The sealed packets are then offloaded onto these 2 tables which then pack the seeds into mother bags so that they don’t have loose packets.

Its easier to sell the, when they are in 50kg packs.

After they are packed into the mother bags, they are sewn and taken to the dispatch warehouse. Before dispatch, the seed goes through a fumigation and sampling process whereby a tarpaulin is placed over the packs and the seeds are fumigated per pack.

After this process, the seeds are loaded for transportation.

As they are being loaded, the packs are counted to make sure that the correct amount of packages is loaded. The stock that does not go to the field is kept here to make sure that it can be stored for future use.

The seeds that are kept in this room can be used even after 4 years.

Interview to the Pro Vice-Chancellor...

Investing in Real Estate in Malawi