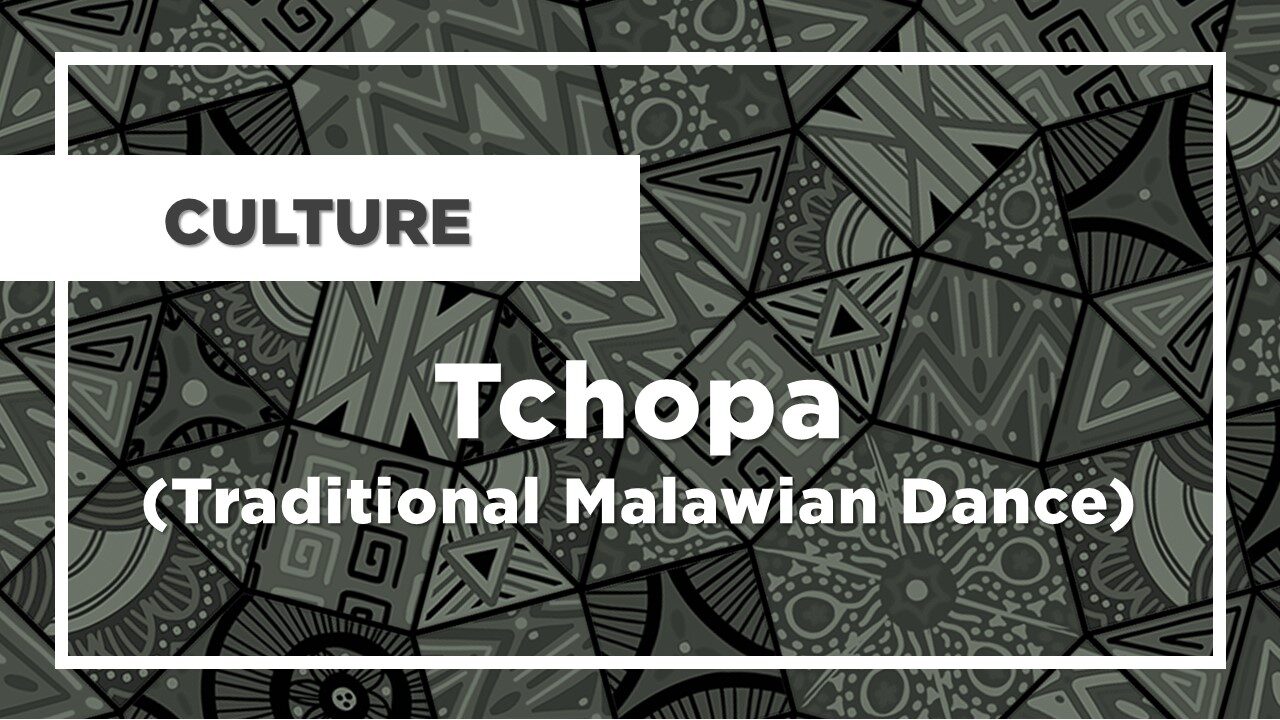 The Lomwe sacrificial dance, Tchopa, was inscribed on UNESCO’s Representative List of the Intangible Cultural Heritage of Humanity in 2014.

Tchopa is a dance practiced by the Lomwe community in southern Malawi.

It is commonly performed in celebration of a good harvest or successful hunting, or during dedications to ancestral spirits after calamities such as drought or disease outbreaks.

Tchopa uses three drums of different sizes and is performed by 20 to 30 dancers in a circle, crossing each other.

Tchopa is mainly performed by older Lomwe men and women, who function as bearers and preservers, but is now often performed by children as well.

Other important roles include costume and drum makers, drummers, whistlers and dancers.

Tchopa strengthens the social cohesion of the Lomwe community, the importance of helping each other in times of need such as illness and bereavement, and jointly working the fields for the overburdened practitioners.