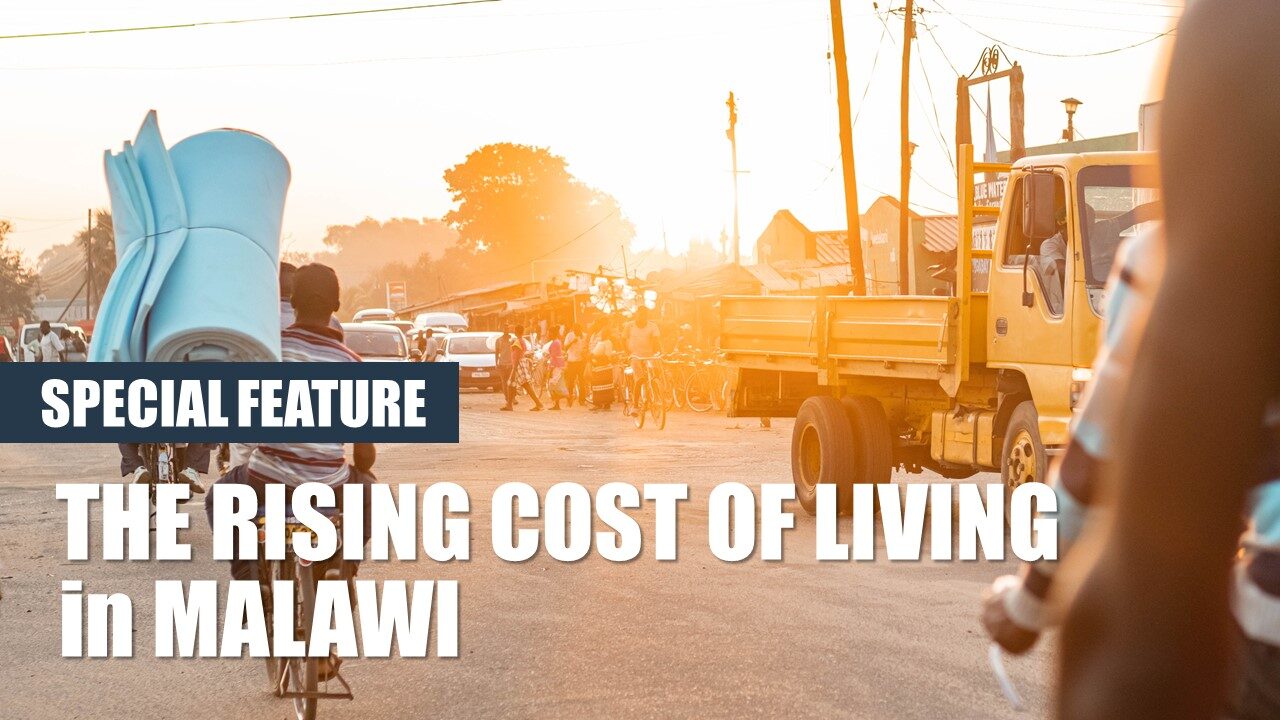 The Rising Cost of Living in Malawi

Business PLUS Team conducted a survey to find out how Malawians have been affected by the rising cost of living.

After more than 100 people answered, we compiled the following results.

Our findings will illustrate the lifestyle adjustments that people have made in order to adapt, which product’s increase in price has affected them the most and what solutions they believe can remedy the situation.

In February 2022, Russia invaded Ukraine which escalated tensions between the two countries.

As a result, the conflict has trickled down and affected other countries including Malawi.

This is due to the fact that Malawi is a country that relies on imported goods such as oil and fertilizer which come from Russia.

Hence, over the past year, prices of goods such as bread, fuel and cooking oil have skyrocketed.

To make matters worse, on the 27th of May 2022, the Malawi Kwacha was devalued by 25% further increasing the cost of living.

As compared to 2021 prices, the prices of goods significantly increased.

The effects of these rising costs have been felt throughout society and Malawians have even taken to the streets in the form of demonstrations to express their anger.

Q1. Have you been affected by the rising cost of Living? Q2. Has your salary been increased as a result of the rising cost of living? This depicts that even for those whose salary was increased it was done so with a small percentage.

We also spoke to director of a company who stated that although he would like to increase the salaries of his employees, this will be dependent on the sales that the company makes.

Q3. Which product’s increase in price has affected you the most? (Multiple Answers allowed)

We can see that the top 2 products increase in price which have affected people the most are food and fuel.

In a county where the majority of the population survives on a hand-to-mouth basis, this is very significant.

It means that people are struggling now more than ever to buy food.

With maize at MK700/kg, not every household can manage to buy it despite the fact that it is the main ingredient for nsima which is the staple food in Malawi.

Q4. What lifestyle adjustments have you made to cope with the rising cost?

Out of 102 People, more than half of the people indicated that they have made lifestyle adjustments to cope with the rising cost of living.

We can summarize these results into three top lifestyle adjustments.

Firstly, 21 people indicated that they changed their means of transport such as switching from using a personal car to using public transport, using a bicycle and walking.

This is a very practical adjustment because of the increase in fuel prices.

Secondly, 16 people indicated that they have cut down on leisure costs.

This includes reducing how much they spend on partying, alcohol and socializing.

Many Malawians have adjusted to staying indoors during the weekend so that they don’t go out and spend money.

Thirdly, 15 people stated that they have had to change their eating habits like eating soya pieces instead of beef.

Meat and other foodstuffs are now considered as a luxury so people have had to modify their diets just to adjust to the rising costs.

We can conclude from these top 3 factors that many people have had to change their lifestyles in order to cope with the rising cost of living.

Q5. Do you think the government is doing enough to address the rising cost of living? Those that indicated that they believe the government is not doing enough indicated the following suggestions in order to remedy or minimise the effects of the cost of living.

Since the Kwacha was devalued, salaries also need to be increased so that people do not experience the severity of the rising costs.

Other countries that have implemented this approach include Turkey which raised its minimum wage by 30%.

Alternatively, government can also create jobs to ensure that many people are employed.

If the unemployment rate is reduced, then more people will be earning money which will soften the rising cost of living.

Unlike other countries like Netherlands that have reduced VAT on energy, Malawians feel that the government has failed them by not reducing VAT on essential items.

As for the solutions, some people believe that the government should control the prices of commodities such as fuel and that they should reduce expenses.

14 Best Festivals and Events in Mala...

Interview to the CEO of KIPS RESTAUR...