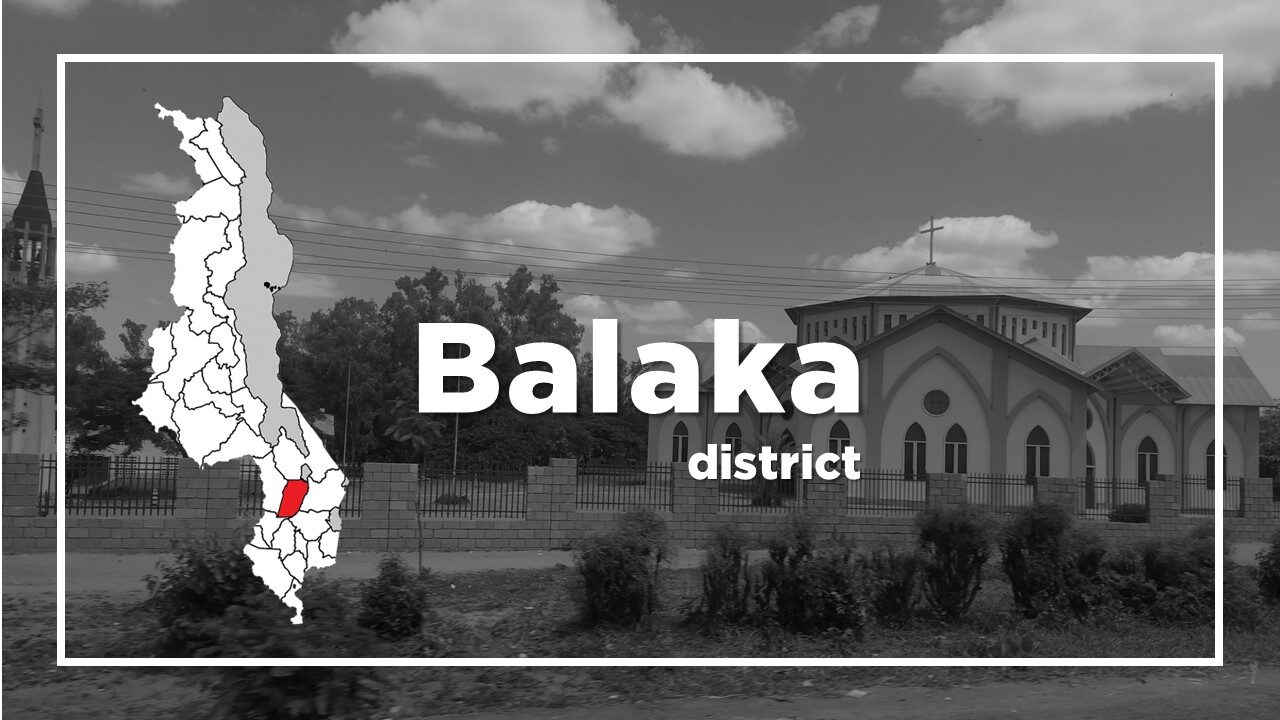 Balaka is a district located on the M8 from Zomba to Lilongwe.

The town’s population is composed of people of multiple ethnicities.

However, the Yao and Ngoni people make up the biggest percentage.

One of the interesting places to visit in Balaka is the huge Catholic Church at the Balaka Mission on the edge of the town which is home to Montfort Media that publishes a range of books and magazines.

Another attraction in Balaka, attached to the mission is the Chapel of Reconciliation, which was built so that people leaving Malawi’s prisons could go to church without community disapproval.

A first step to re-integration which features murals made at Mua.

Restaurant and Lodge in Balaka