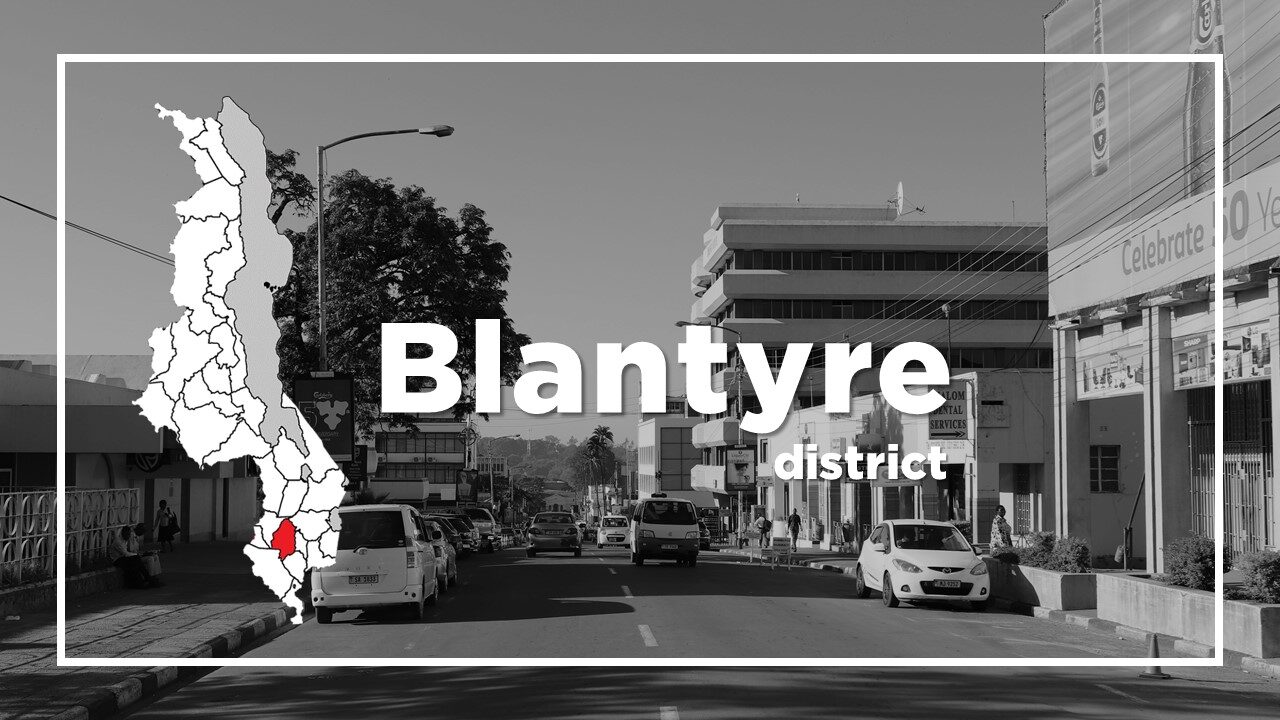 Blantyre is Malawi’s oldest city founded by Scottish missionaries in 1876, and named after the birthplace of explorer, Dr. David Livingston near Glasgow in Scotland.

It has a pleasant midlands climate, set at an altitude of around 1,000m in a well-watered valley ringed by low hills, which made it a favourite of the missionaries and early settlers.

It was the most populous city throughout the 20th century in Malawi.

Since then Blantyre has slipped behind Lilongwe into second place.

It serves as Malawi’s commercial and industrial hub and has the best and most diverse choice of restaurants, several decent bars, upmarket shopping malls, a fascinating library and archives.

Malawi Broadcasting Corporation (MBC), the country’s state broadcaster has its headquarters in Blantyre, and the Supreme Court is also located there.

By day and night, Blantyre is more lively than Lilongwe, presumably because it attracts a more inherently stringent business-oriented clientele than the free-spending government, organization and NGO industries that prop up the hospitality industry in Lilongwe.

Though Blantyre is not a tourist attraction in itself, it is a stimulating and very manageable city and it is also the perfect gateway to the top national parks and reserves in Malawi’s Deep South which include Liwonde and Majete and also to Zomba and Mulanje.

Things to Do in Blantyre