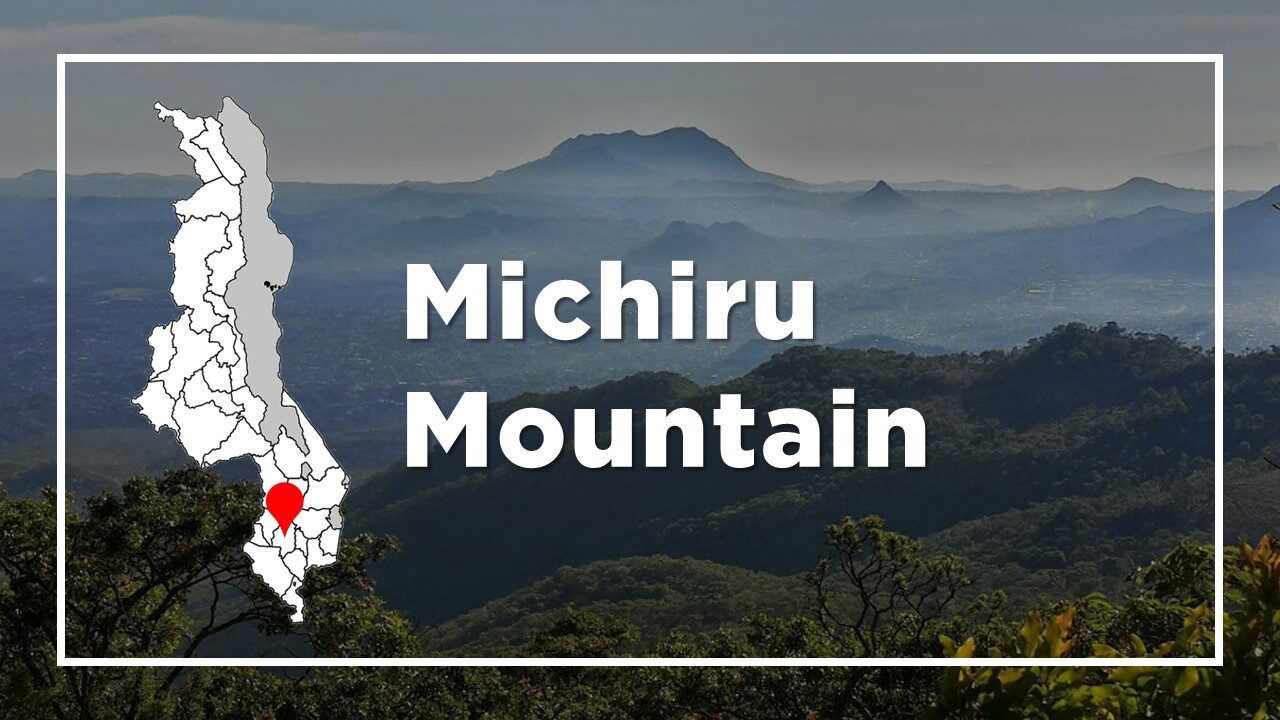 It is the closest conservation area to Blantyre lying 8km northwest of the city centre.

It was established in 1975 and is managed by the Department of National Parks and Wildlife.

The area is the only remaining mountain around Blantyre that still has indigenous forest and some wildlife after Ndirande and Soche were devastated in the 1990s and 2000s respectively.

The area is dominated by Brachystegia (Miombo) woodland vegetation.

Michiru Peak is located 5km from the office, with an altitude of 1470m.

It offers nice views of Zomba Mountain to the east and the Shire Valley across to the Kirk Range in the west, as well as Thyolo Tea Estates, parts of Mulanje Mountain and Blantyre City on a clear day.

Facilities include a basic campsite and three well-defined walking trails of between 2km and 5km in length.

It is permitted to walk in the reserve at night when a variety of nocturnal animals may be seen.