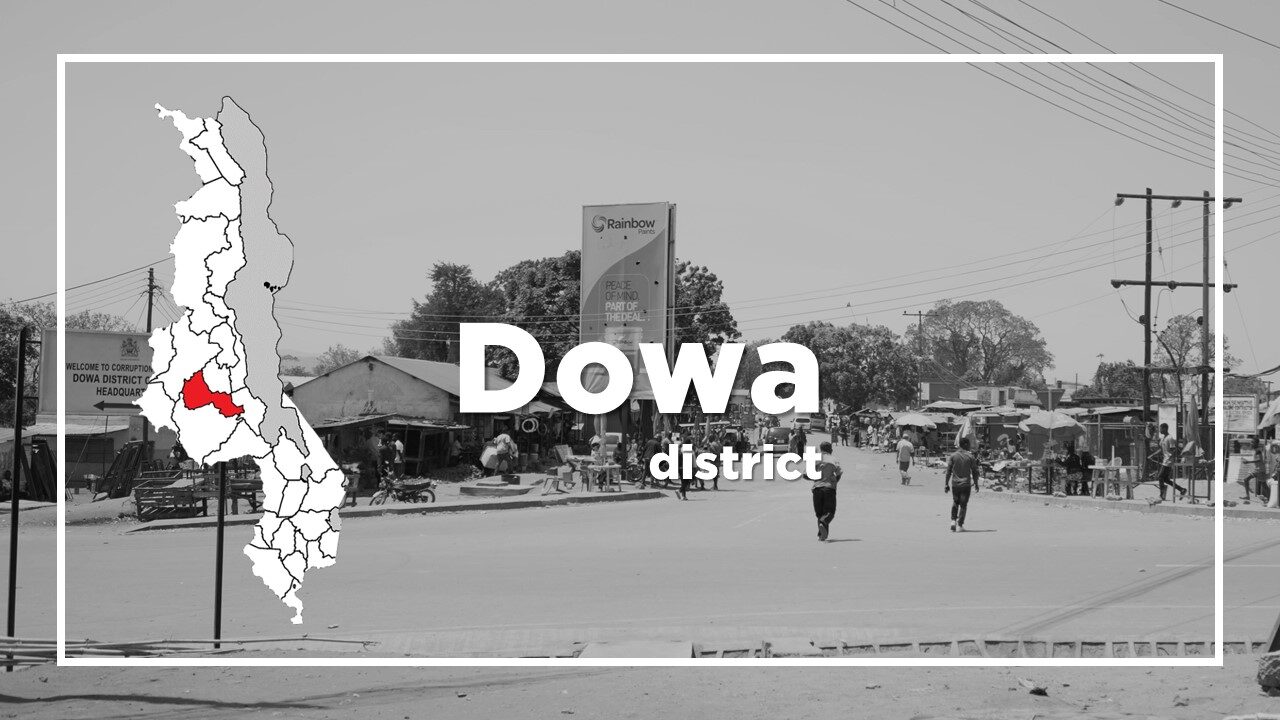 Dowa is a district located in the Central Region of Malawi, and the town is about 50km (31miles) north-east of Lilongwe.

It is an agricultural district which focuses on cotton, tobacco, maize, sweet potatoes, pulse, and groundnuts farming.

Dzaleka Refugee Camp, established by United Nations High Commissioner for Refugees (UNHCR) in 1994, is located in Dowa and is home to 46,726 refugees from the Democratic Republic of Congo (DRC), Burundi and Rwanda (as of August, 2020).

It is the largest and the only permanent refugee camp in Malawi.

The camp has held the Tumaini Festival since 2014.

It is an innovative large-scale music and cultural festival, developed and delivered by refugees and the host community to promote intercultural harmony, mutual understanding and peaceful co-existence.

Across the previous editions from 2014 to 2017, over 24,000 people have attended the event, and 153 performing acts from across Malawi, Africa and 15 countries in the the world.

Chichewa is the main language spoken in Dowa.

What can we find in Dowa? When one visits Dzaleka, Dowa, will notice that there are a lot of Chapati restaurants and stands.

Although Chapati is common in Malawi, it is rare to find Chapati restaurants and stands in other districts.

One of the popular Chapati restaurants in Dzaleka is KING CHAPATI. The owner, Mr. King is a refugee from DRC but his mother is from Uganda.

He came to Malawi in 2012 and opened the Chapati restaurant with his mother’s recipe.

It became very popular in Dzaleka, he opened a second restaurant in Falls, Lilongwe in 2019.

The restaurant is always busy even at times other than lunch time.

One of the popular Chapati menus is called “ROLEX”. It is a classic Ugandan street food, made of an egg omelet rolled in a Chapati.

You can enjoy Chapati and ROLEX in Dzaleka and even Lilongwe from 2019.

Things to Do in Dowa