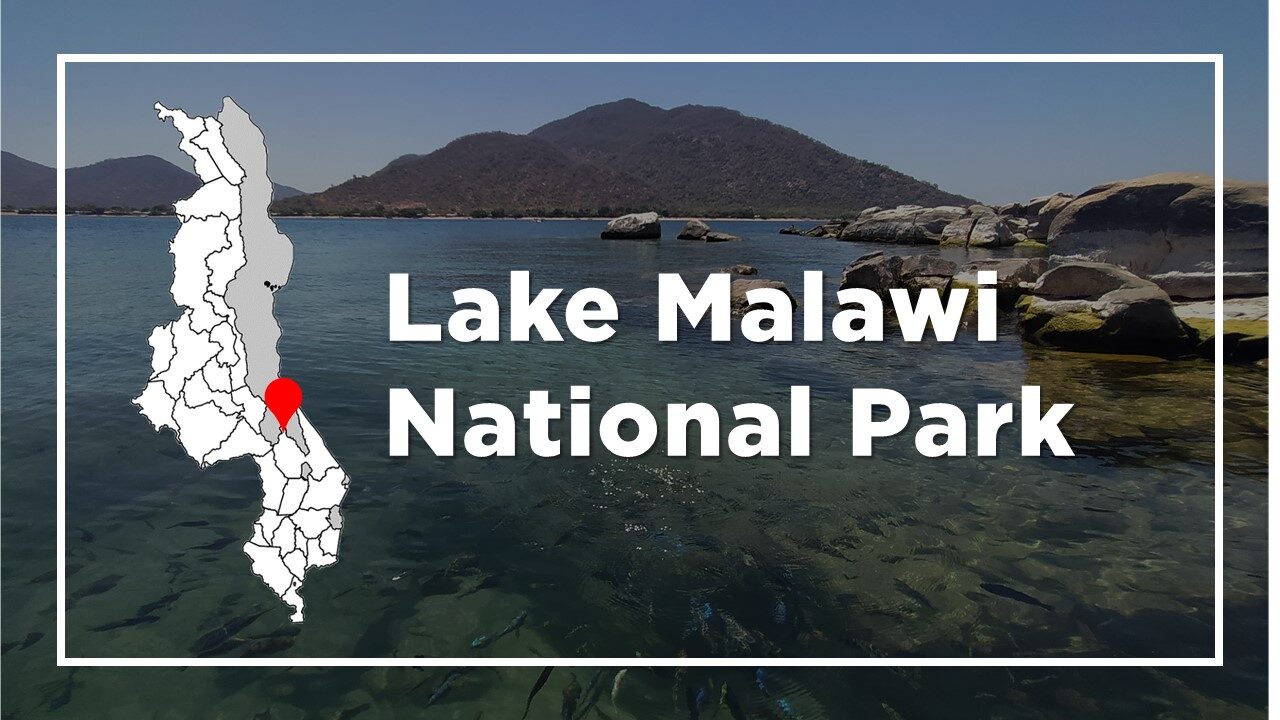 Lake Malawi is Africa’s third largest lake and ninth largest in the world.

The park is located at the southern end of the lake and was designated as a National Park in 1980 to protect special cichlid fishes which are locally known as mbuna.

It is the world’s first freshwater national park and a UNESCO World Heritage Site since 1984.

The park is a veritable aquarium of tropical fish providing a colourful kaleidoscopic display.

There are more than 1000 fish species which are more abundant and varied here than anywhere else in the world.

The park has cultural and historical sites like the first Livingstonia Mission site by Scottish Missionaries and their grave site.

Mwala wa Mphini (the Rock with natural tattoos) is a huge rock outcrop.

The Rock face has a lot of natural criss-crossing marks which look like man made marks.

Otter point and the Ilala ship yard at Monkey Bay, where Malawi’s oldest sailing ship starts its journeys up north and back.

The islands of Mumbo, Domwe, Boadzulu and Maleri make this park’s experience magical and memorable.

There are plenty of activities, include kayaking, snorkelling, scuba diving, sailing, bicycle rides through the village or up the hilly road, swimming, traditional fishing and many others.

Hiking on the parks many hills will also be an experience you would not forget.

The Lake is believed to have 1000 species of fish but about 500 species have been described.

The Lake has one of the greatest fish endemism in the world with 90% of its fish species endemic to it.

It also has a wide range of animal species apart from fish.

The most common animals include yellow baboons, vervet monkeys, otter and hyraxes and more than 200 bird species including fish eagles, cormorants and hamerkops.