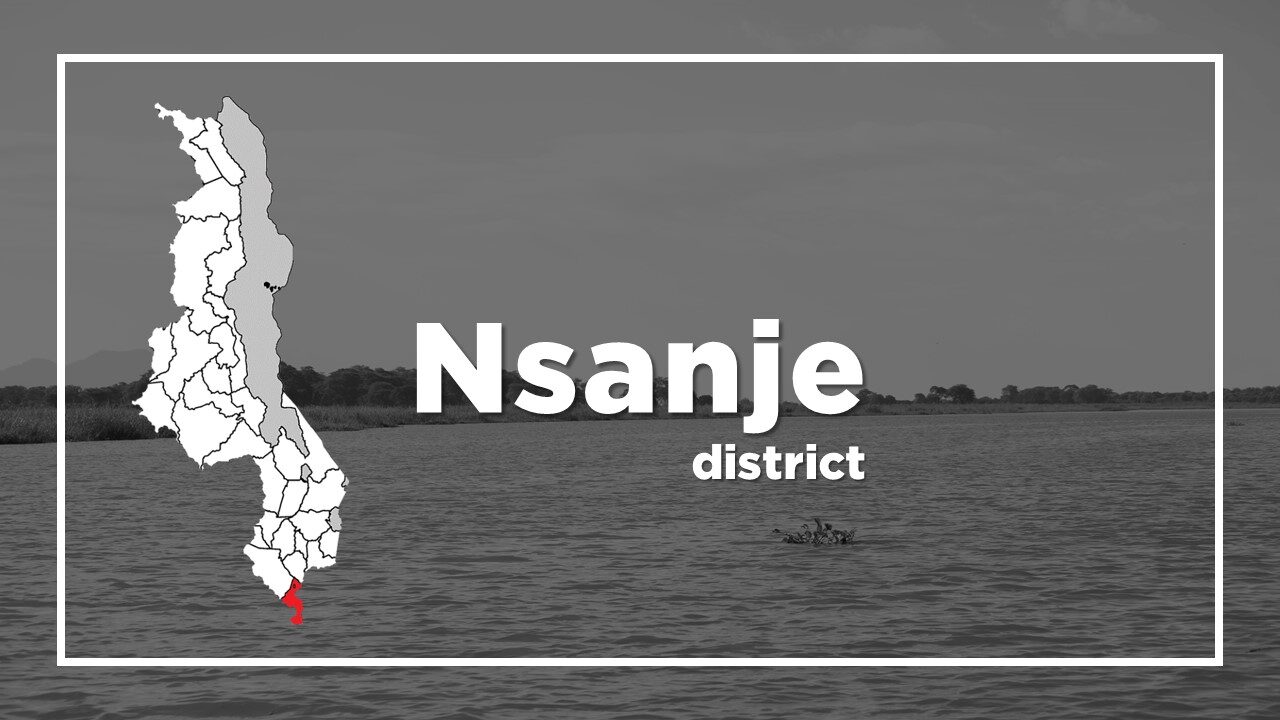 It is known primarily for the Nsanje World Inland Port built during the Mutharika regime with the aim of opening shipping routes along the Shire and Zambezi rivers to the Indian Ocean. However, since then, the port has yet to receive its first ship.

The port is a busy place for locals to relax in the evenings.

Stands selling beer and soft drinks, as well as chicken and beef braai, are lined up, and the cool breeze from the Shire River is a great way to cool down for the evening while enjoying drinks. Mwabvi Wildlife Reserve is located north-west of Nsanje District and is one of the most inaccessible Wildlife Reserves in Malawi, with only a few groups of tourists visiting the reserve.

Although the number of wildlife seen is small, the unique terrain created by nature is worth seeing. Elephant Marsh, also ideal for birdwatching, is located in the northern part of the district.

Nsanje is predominantly Sena, with more than 80% of the population.

The language is predominantly Chichewa, but Chisena, Cimang’anja, English and Portuguese are also spoken.