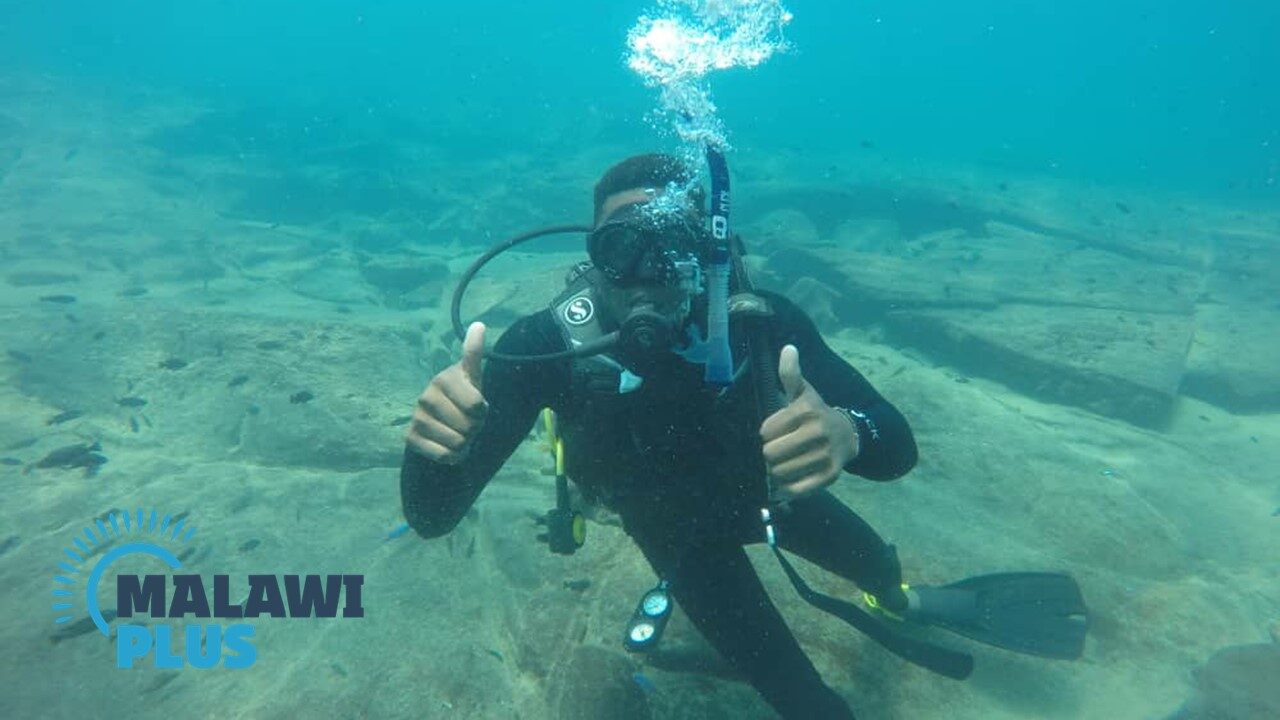 With dramatic rock formations, caves and cliffs creating an attractive terrain for underwater diving, Lake Malawi is known as one of the world’s premier freshwater diving destinations. You can dive all year round, but the best time to dive is during the dry season from August to December, when the lake is at its calmest, the clarity is 20-30m, there is little wind and the water temperature is as high as 30°C.

This is the breeding season for cichlids and their mouth-breeding phenomenon is one of the most fascinating phenomena seen on Lake Malawi dives.

Mothers protect their eggs in their mouths until they are large enough to fend for themselves.

Also, night diving in Lake Malawi is considered one of the most unique diving experiences on earth, as schools of dolphinfish use torchlight to catch cichlids, their prey.

You can also see catfish as large as two metres in length coming up from their burrows in search of food.

Catfish are very curious and will approach divers who enter their territory, especially during the breeding season.

Malawi is said to be one of the most reasonably priced countries in Africa for PADI (Professional Association for Diving Instructors) certification.

Dive schools in Nkhata Bay and Cape Maclear offer basic courses including a half-day course for beginners and a four-day ‘PADI Open Water Course’, as well as for those already qualified, refresher courses, advanced courses and specialty diving are offered.

Places for Water Sports and Water Activities in Malawi