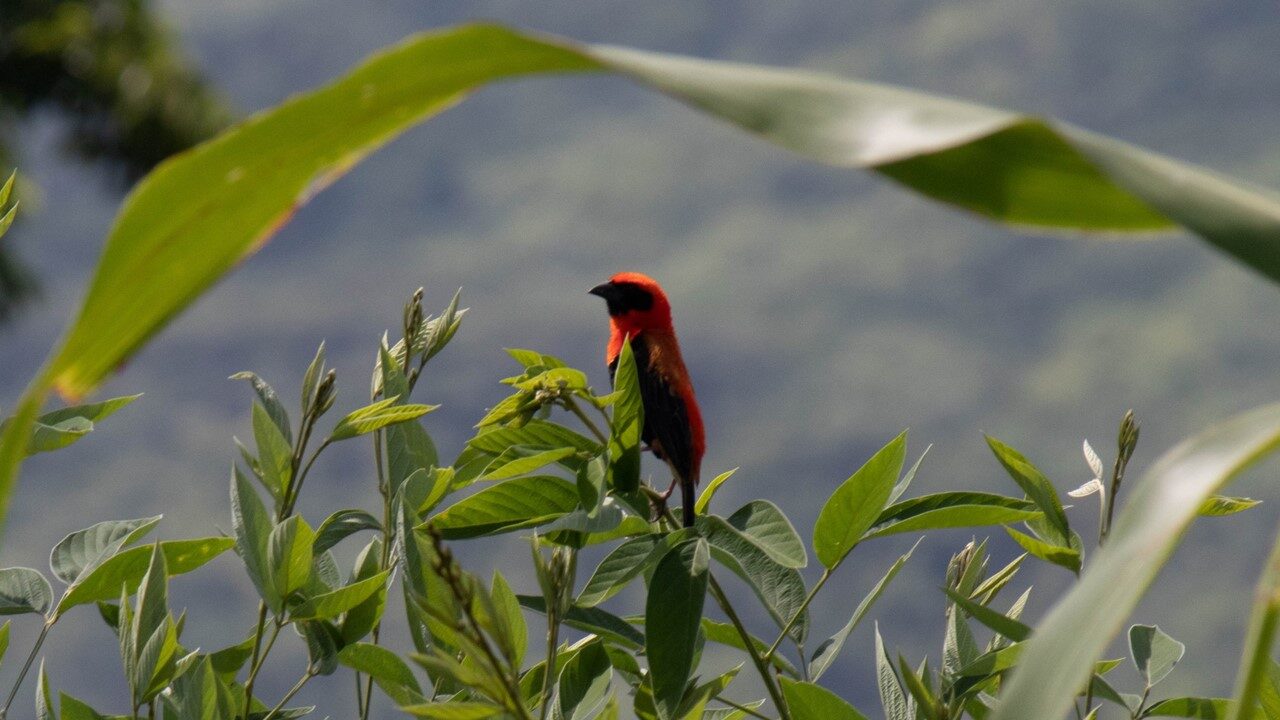 Malawi is truly an ornithologist’s paradise.

Few countries in the whole of Africa can rival Malawi’s range of bird species coupled with the relative ease of birdwatching.

Malawi is home to over 650 species of birds, 10% of which cannot be found anywhere else in southern Africa.

Malawi is an invaluable birding destination for ornithologists and bird lovers, but even if you’ve never been birding before, the colorful variety of birds will fascinate you and give you the experience of a lifetime.

Malawi has a wide range of bird species, from the truly endemic Yellow-throated Apalis, to the very large Marabou Stork (over 150cm), to smaller birds such as the Locust Finch (under 10cm).

The reason for this is easily seen in Malawi’s geographical location and the diversity of its environmental range.

Malawi is a unique country, being long and narrow in shape, with one third of its land area occupied by the huge and beautiful Lake Malawi.

The Nyika plateau in the north, the rainforests in the mountains of Mulanje and Thyolo in the south, and the wetlands on the shores of Lake Malawi and along the Shire River – plateaus, mountains, lakes and wetlands all coexist in a relatively small area of land, providing for all kinds of bird habitat requirements.

Best Time for Birding in Malawi

More than 80% of Malawi‘s species have been recorded as breeding in Malawi, so birdwatching in Malawi is possible at any time of the year.

However, if you want to see many species, including migratory birds from Europe, Asia and North Africa, the most suitable time for birding is from late September near the end of the dry season to April at the end of the rainy season.

November and December before the rains are the best times for birding, as this is when bird numbers are at their highest and the plumage of many birds is at its most colourful.

Best Place for Birding in Malawi

No particular bird species is often limited to a single habitat, and can be seen almost anywhere if the conditions are right.

However, the majority of natural habitats are found within national parks, wildlife reserves and forest reserves and are the first choice of birders wishing to experience the richness of Malawi‘s birdlife.

Expert guides are also available in the parks.

Located in Northern Malawi, Nyika National Park is home to over 400 species of birds and is a true birdwatching hotspot in Malawi.

The park is widely regarded as one of the most scenic parks in Africa, with rolling montane grasslands, interspersed with montane forests in the valleys, but with vast expanses of miombo forest at the bottom of the slopes.

Birds not found in Southern Africa other than Malawi include the Moustached Tinkerbird and Grey-Olive Bulbul.

The Grey-Olive Bulbul has a distinctive whistle-like call.

Situated along the Shire side, Liwonde National Park is probably the most popular birding destination in Southern Malawi.

The park is home to around 300 species of birds as well as large mammals such as lions, elephants and hippos.

The park offers walking safari and driving safari, but if you like water birds, you can also take a boat ride and watch them relax by the water.

The park contains the fascinating Lilian’s lovebird, which can only be seen in Liwonde, as well as Böhm’s Bee-eater, Pel’s fishing-owl, Brown-breasted Barbet, Bateleur, Brown Snake Eagle, African Openbill, Long-toed Lapwing, Pied Kingfisher, Black Heron and many other species. Located in the Lower Shire Valley, Lengwe National Park is home to over 330 species of birds, most of which are endemic, but some migratory birds can be seen.

Birdwatching is possible throughout the year, but the best time to see a combination of both local and migratory birds is during the rainy season from November to April.

In summer, the Eurasian Hobby is a rare visitor, hunting small birds and bats at dusk.

Another hunter is the rather large Long-crested Eagle, which perches in the trees during the day but soars high into the sky in the early morning.

The Racket-tailed Roller is a rare bird, but worth looking out for as it shows its blue lower body in the sunshine.

Lake Malawi, the third largest lake in Africa, is an excellent habitat for many birds that prefer the special vegetation of its waters, islands and shorelines.

The African Fish Eagle, Malawi‘s national bird, is the most popular. It perches high in the trees and uses its eyesight, which is said to be eight times that of humans, to spot its prey in the clear waters of the lake.

It swoops down from the tops of the trees and grabs the fish with its strong claws, before returning to the trees to feed.

This majestic bird, with its large dark brown body, snow-white head, yellow face and feet, is an icon in the area and delights visitors with its almost constant hunting procedures and resounding call.

Collared Palm Thrust and African Palm Swift congregate in the palm trees on the lakeshore.

In the reed beds, Southern Brown-throated Weaver can be seen and Pied Kingfisher dive for small fish.

The giant Marabou Stork is, because of its size, the most impressive bird to be seen near the lake. On the outskirts of Lilongwe, the capital of Malawi, lies the Dzalanyama Forest Reserve, considered by some to be one of the best birding spots in Malawi.

The Bohm’s flycatcher, blue-headed weaver and Stierling’s woodpecker in particular are found nowhere else in Southern Africa.

Zomba was the first capital of Malawi until 1974 when the capital was moved to Lilongwe.

Birdwatching in Zomba is a great travel destination as you can enjoy the colourful and beautiful birdlife and also visit various historical sites in Malawi.

The Yellow-troated Apalis, the only endemic species in the country, and the White-winged Apalis, “the most beautiful warbler in Africa”, can also be seen.

Mount Mulanje is the highest mountain in Malawi at 3,002m high, located in southern Malawi.

It clearly offers a unique habitat.

Amongst these birds are the Black Eagle, the relatively common Lanner Falcon and the rare Peregrine Falcon.

Others include the Rock Cisticola, Mountain Cisticola, Large Striped Pipit and Mocking Chat; the Pipit has a habit of flying into trees and pretending to be a branch when disturbed.

The Mocking Chat, like other birds in the same family, has distinctly different colours between males and females.

Cholo Alethe can also be seen.

The lake is home to about 160 species, some of which come from Siberia along the Asia-East Africa Flyway to overwinter.